5 MINUTE READ: The SELF-CARE way to beating your c**ppy habits!

I love wine. Many of you will know that. But before becoming a single Mum and certainly when I was pregnant last year, I did not drink wine in the week. So the week day wine drinking I have been doing (for years) is what I call a C**P HABIT!

C**ppy habits are things like daily evening wine drinking, morning willy nilly lattes, the 4pm chocolate snacking, hitting snooze instead of exercising, spending hours on social media and I believe they are the exact opposite of self-care. Of course doing these things some of the time, are absolutely fine, in fact I whole heartedly recommend that! But there is a big difference between occasionally and consistently.

But I believe that there are millions of women around the world who are so close to their goals, yet SO far… Just because of their little cr**py habits.

Habits are something we learn, we get used to and we go auto-pilot on after time. But with some awareness, the right approach and a little dedication, they can be unlearnt, changed, replaced and even forgotten over time. So it is in fact good news!

When I became a single Mum to my twins in 2009 when they were 13 months old and went through a messy divorce, I used wine to help me cope with a huge, unexpected life change. Wine became an emotional prop and something I essentially taught myself that I ‘needed’ to have in the evenings to get through my crazy days. Everyone has their own drug of choice in situations like this, yours might be chocolate or biscuits or carbohydrates or over eating in general, for me, it’s wine! But this emotional drink choice, over time, became a habit- something I did, just because, without even thinking about it… and I got used to it. I focused on the escapism it gave me, rather than what it might be doing to my body and in some ways deliberately carried on doing it because I liked the way it made me feel. A health scare in 2010, forced me to address this habitual ‘need/treat/reward’ and over time I learnt to reduce my wine intake. I created a Wine Management program as a result and helped women manage their wine, not the wine them.

But since having my daughter last year, and being a single working Mum of 3 children and adjusting to having a baby (and not taking any real maternity leave as I was back working when she was four days old!), after I stopped breast feeding the wine started creeping back in. The struggles I was experiencing became triggers and then my subconscious was literally telling me ‘ wine will help… you need wine!’. (And actually the wine, most definitely helped on many occasions!). But as I adjusted to being a single Mum of 3 and got used to the broken sleep and the work-life-kids juggle became easier, my week day wine drinking had become what I call a ‘C**P habit’.

Before Christmas, I had a few weeks where I didn’t drink and many of my clients followed too, soooo many of them felt amazing and more and more women I knew were moving away from these unnecessary wine habits and feeling amazing as a result. In the new year, the wine was creeping back in again, starting with one glass every night, which then became two and occasionally three or four on a bad day. But in February, I had a bit if epiphany. I was starting to think about turning 40 in April, what I wanted for myself over the next decade (and also my impending holiday to Jamaica and bikini!) and I decided that you know what, enough was enough. I read a book called ‘Unf**k your habitat’ – all about organizing your home better and keeping on top of a tidy / clean home, and the strap line was ‘ You’re better than your mess’.

BOOM! This strapline hit me so hard and I thought about my cr***y wine habit and thought ‘Janey, you’re better than your c***y wine habit!’. With a huge work project on, thinking about my bikini I want to look fit and strong in next month, a big move for me on the cards and really wanting a clear, confident head in my business, that was it.

But it was in a different way, and with a different approach, using different motivational and mindset strategies than I had done before. And when I shared these with my current 28 day online bootcampers and BEST clients, they loved it. So I’m sharing with you now via this blog now in the hope it inspires more women to beat their cr***y wine habits (or any other habits they might have too!).

My new SELF-CARE bootcamp is about helping women achieve great body and mind results with a nourishing not punishing approach. As well as seven hours of online fitness videos with five great trainers and a wholesome nutrition plan, it also includes lots of tips, strategies, webinars and resources around emotional eating, self-sabotage, habits, consistency and guilt. And of course, it helps women move away from a place of self-destruct towards a place of self-care.

Ladies, you’re better than your c**p!

So if you struggle with this, come and let me help you and be part of the SELF-CARE revolution!

Come and join us and leave your cr***y habits behind you and get the easiest results you’ve ever achieved in your whole life! 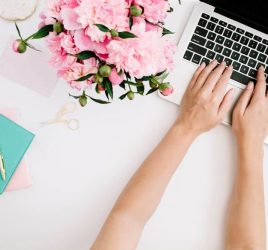 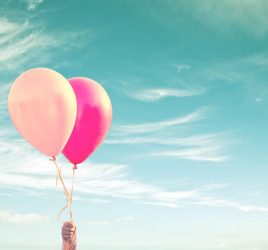 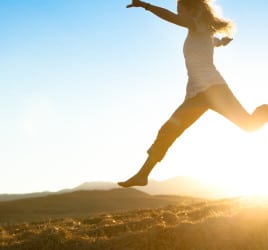