Forget the cakes, it was confidence I took away from the 2015 #GBBO!

As many of you will know, I have a slight love-hate relationship with the Great British Bake Off.   I’m not a fan of anything that glorifies sugar and as I explained in my temptation blog a few weeks ago, the GBBO typically inspires most people to want to eat more cake (cake tin sales are supposedly up 400% since it started!), the same way coke adverts inspire people to drink more coke.

BUT, and there is a big BUT here. I love seeing women flourish and there is nothing I love more than seeing a woman overcome her fears, demons, lack of confidence and break through low self esteem issues, wherever they may stem from.   I  hope the thing people over the UK will take away most from the 2015 GBBO series, is seeing someone’s confidence rise, rather than just their bread!

I do watch the GBBO, because unlike many, it doesn’t make me want to eat sugar or cakes, quite the opposite in fact! But as I watched this series unfold, my interest was all about Nadiya.

Her face when she was awarded star baker told a thousand stories about her personal life journey, the determination in her eyes following mistakes she’d made was so inspirational and her perseverance with the challenges she faced, I hope has taught women that you can do anything when you put your mind to something.   Her winners’ speech had me in tears for hours. She said (and this will stick with me forever):

Click the image below to watch a short you tube clip of Nadiya’s speech. 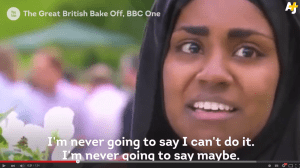 So the questions I want to ask you today are:

I honestly believe that I was put on this planet to help women become the best version of themselves, whatever that may mean for them. And seeing Nadiya win the GBBO reminds me a little bit of my journey over the last few years. It has been so tough at times, but I believed in myself, I trusted my ability, listened to my gut instinct, invested in myself and found my inner confidence. Read more in a blog I wrote in 2014 called Janey’s journey for more on this.

I also had a burning desire to be successful. The term ‘burning desire’ comes from a true story about a Captain of an army who was invading an island to recapture it. As he and his team of soldiers landed on the beach, he burnt the boats behind them. As you can imagine, there was a lot of anger and fear and worry. But he simply told them, that if the boats stay there and we can get back on them, we have a back up plan. By having nothing left, we will fight in a way we’ve never fought before and get what we truly want and deserve. Powerful or what?!

I wrote in a blog last year called ‘Are you behaving like a modern day Shirley Valentine?  Because I think there are a lot of women who are stuck, either not living the life they want or being the best version of themselves or women who just don’t have the confidence to make the changes.

Shirley did it, as did Nadiya and SO CAN YOU!

I have two amazing programs that can help you:

If you found your confidence would you be able to say this?

Of course! And you’re life will never be the same again :o) 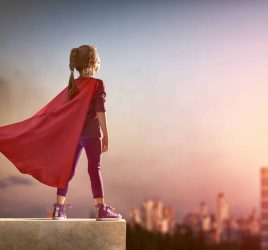 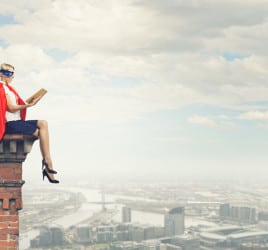 Can you buy confidence? Yes you can! 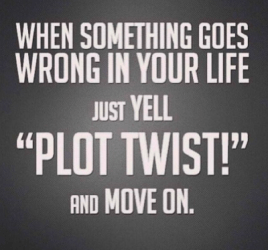 My top tips on dealing with a plot twist!