September is an awesome month for resetting after the summer and reconnecting with your goals – whether they are health, fitness, family or work-related.

What tends to happen, is people make an enthusiastic ‘conscious’ decision to do something. Saying things like ‘ I am going to get really fit again!’ or ‘I will stop drinking in the week!’ or ‘ I’m going to lose two stones by Christmas!’. These conscious decisions are all well and good, and are great goals to have, but the part of our brain that forms these decisions is just 5 %. Unfortunately, the unconscious part of our brain, where all the beliefs and internal messages are stored, is monumental in comparison – around 95%. This means you may be able to get going, but the results will mostly be short lived. I call it the David and Goliath battle taking place in our minds every day and often the conscious loses.

So if you’re constantly making conscious decisions, often these go against your core beliefs. You’ll probably self-sabotage them and revert back in no time, to the more comfortable, familiar ways you’re in fact trying to escape from.

But it doesn’t have to be this way!  A little brain training, more self-awareness and of course some sheer determination in some cases, and you’ll be able to set, follow through and maintain goals this month that will be a long lasting, game-changer!

Ready for some magic? Let’s go..

Firstly though, what is a belief?

Well a belief is something ‘we know to be true’. It isn’t actually true, it’s something we have learned, inherited, gathered along the way, something we’ve chosen to focus on and often created to make sense of the world and cope. When we have a belief, we look for evidence to back it up and we dispel any evidence to the contrary (called cognitive dissonance). Beliefs are incredibly strong and are literally a set of rules we live our lives by, yet often ones we don’t truly want. They often manifest as your inner voice You can change beliefs, but it really does need some clever tactics. But when you change the beliefs to back up what you consciously want, this is where the magic happens!

Here are three things for you to consider that will help you create better long-term success for yourselves, whatever your goal!

The more you make a conscious decision to do something, the more your unconscious mind will rear its’ ugly head

If you decide you want to drink less wine, you’ll make these statements won’t you; ‘Right, that’s it, no more wine in the week’ or ‘I’m going to have 5 wine free days a week’ or ‘I’m not drinking for 3 weeks’. These are conscious decisions. By Tuesday or Wednesday, you’ll often be back to drinking wine, right? (well unless you have monumental will power which is quite rare – especially as alcohol is so addictive!). This might be because you have a belief that wine is your stress reliever, that it is a nice way to end the day, that you need it to escape or cope with the witching hour with the kids, or that you love it or deserve it. When you say consciously say you’re going to take away something your unconscious mind loves or needs, watch out! They will feel even stronger and powerful. Wonder why when you focus on no sugar or no wine, all you think about is having it? So without looking at your core beliefs and adjusting them, you’ll continue to fall back into previous habits and actions that go against what you say you want. Maybe consciously you want to drink less wine because you’re concerned about your health. You’ll often have a battle between the things you consciously want and what your unconscious mind is telling you that you need and love. This can make you feel frustrated, guilty, grumpy and usually go against yourself. This summer, I became someone who hardly drank any wine – seriously it feels like a miracle has happened! But in order for this to happen, I had to really change my beliefs. At the start of the summer, I wasn’t really doing this, and whilst I was ‘trying’ to drink a lot less, I kept getting pulled back in to old c***py habits, because it was a conscious decision. But I read a great book that got me to switch up my beliefs and not make conscious decisions (look out for a series of blogs in October on this where I share much more about my journey as many of my clients have also managed to effortlessly nail very little to no booze, yaaay!). In essence, I had to really change my beliefs from ‘wine was fun’, ‘I love it and needed it’, ‘I must have it in summer for summer to be great’, that ‘it’s the weekend and therefore I can drink’ etc., to a completely different set of beliefs that included things like ‘I can easily have a weekend without wine’ and ‘I don’t need wine anymore’ and ‘wine doesn’t help’ and ‘this sunny day doesn’t need a beer to make it great’, ‘there are lots of people having a great summer without wine’, ‘I love the feeling from not drinking’ etc.. What beliefs do you hold that are holding you back from making progress? They are just beliefs. They aren’t actually true, you just think they are and they can be changed. How cool is that?! 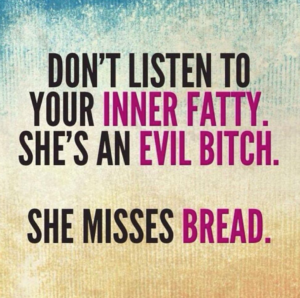 Step into the identity and mirror the beliefs that someone who you want to be has.

Supposing you want to lose weight. You’ve indulged too much over summer and you want to go on a mission. You’ll sign up for some classes, or the gym, or a bootcamp and you’ll be really excited. If you’re feeling really motivated, you’ll probably go nuts for a couple of weeks and then bam, you’ll find yourself going backwards. Look at the beliefs you hold around this. Maybe you have an inner belief that you’ll never be fit, maybe you were always told as a child or teenager that you’d always be chubby, maybe you have a belief that exercise is hard work, you don’t have time, or you hate early mornings, or exercising in winter is hard. These beliefs as I said above are very, very strong. Think of someone like me who consistently exercises. What beliefs do I have about exercise? Well, mine are that I feel mentally better from exercise, I need to do it to live long and live well, I like being strong, I love early mornings as a way to kick start my day, it means I can indulge in the things I love guilt free, that I am a committed, fit person, that I need to exercise consistently in order to flourish and thrive and that exercising regularly all year round is something I just do. If you start overriding your self-limiting beliefs by stepping into the identity of someone that IS doing what you want, slowly and surely your mind will start believing them. That’s one of the best things about our minds, they are clever but oh so stupid stupid – they can’t distinguish between reality and imagination. Tell yourself enough times and your beliefs will change. Keep telling yourself them until you are blue in the face, seriously! 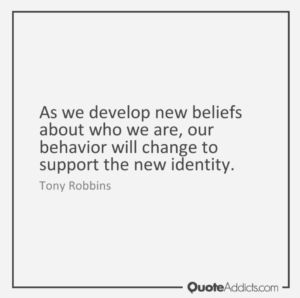 Going back to the wine example, I now have a very strong belief that I can have a wonderful life with very little booze – I’m currently having 1 or 2 glasses a week, that’s it. I am enjoying life just as much now than when I was drinking more, more so in fact. And it feels easy. But previously I had a belief that life was better with wine, that I loved it, that in enhanced my life. That’s when it was harder. With exercise, I exercise regularly now, it’s what I do, but rewind to my teens and early twenties and I hated exercise and avoided it at all cost. My beliefs were that it was boring, hard work, a waste of time, I hated it and I was rubbish at it. Now, as I described above, these beliefs have been completely shaken up to the opposite! The motivation to exercise and the fact that I do it regularly is easy because my newer beliefs became strong. I used to be a sugar addict .I honestly didn’t believe I could stop having sugar. All the time I had that belief or truly thought I couldn’t imagine life without it, it was impossible to nail. Now I hardly have any. Again my new beliefs became so strong around that, that the desire to have sugar has disappeared. And guess what, without the desire, no temptation!

We don’t get taught this stuff at school and it’s also hardly ever looked at with main stream health & fitness companies, but I want every client and follower of mine to commit to understanding more about beliefs and practicing overriding them. ‘Get the mind right and the body will follow’ is one of my favourite quotes. Without changing your beliefs though, you’re likely to stay stuck, but by nailing new, strong beliefs, it will honestly seem like magic is happening!

Also, get behind yourself, really, REALLY believe that you can do something, nothing half hearted OK? Self-belief is one of the secret super powers when it comes to making things happen, it is SO powerful. Don’t just set goals, believe in them too!

So whether you’re an outdoor client at Fit for a Princess or an online client here at Making Things Easy – What are your current core beliefs? Write them down. Could these be a road block for you? Could you change them? What are you telling yourself to be true? Is it actually true? What beliefs does someone you aspire to be, have? Write them down. Read them and repeat them – remember positive affirmations trick the mind big time! 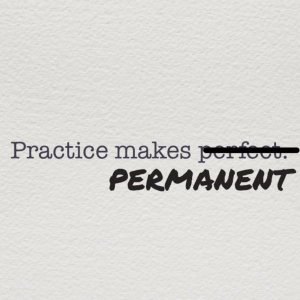 And lastly practice. Some beliefs can be turned around fairly quickly but others take time. See yourself as work in progress, identity that they are just beliefs, not rules set in stone. And keep at it. The more you focus on new beliefs, the more they become core beliefs, the more they will become your new set of rules to live by, the more you’ll go on autopilot. Then you’ll literally remove that inner battle and self-sabotage dialogue that causes so many women to have so many short-lived successes.

And if you need help with this we cover a lot of beliefs on my SELF-CARE bootcamp which runs every fortnight and my annual BEST mindset program which starts for the 5th year running on January 8th 2018.

Hope this was helpful and any questions, please comment or email in! 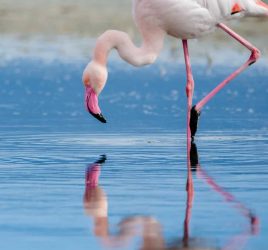 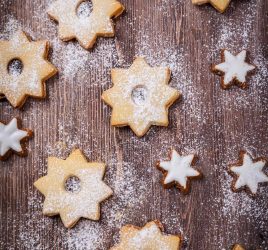 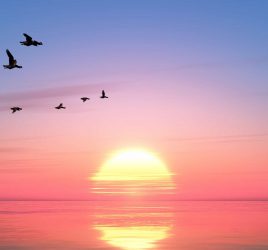